As a trial lawyer, I find that empirical evidence always wins over even the most compelling argument. Facts matter.  Evidence matters.    That is why I never trusted the tort reform rationale.  The jury is in on the Tort Reform debate and the empirical evidence proves tort reform skeptics like me were right. 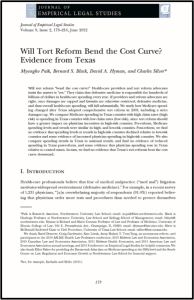 “Tort Reform” was the theory that lawsuits had gotten so out of control that the remedies available to injured citizens for the harms and losses they suffered at the hands of those who would trade safety for money had to be taken out of the hands of juries and given to elected officials and their corporate sponsors.  Keep in mind that in Texas, juries determine more death penalty cases than all the other states combined.  Texas juries are routinely trusted to put their fellow citizens to death, but for corporate citizens, none of whom can be sentenced to death or even jailed,  those same juries are deemed incompetent to render judgment.

Tort reform legislation in Texas has resulted in severe limitations on the right of an injured person to be compensated for their harms and losses.  These “reforms” have capped damages, interposed costly delays, and granted outright  corporate immunity for negligent behavior.  For example, the limit a jury may award for in some types of cases that result in death or permanent disability is $250,000.00.  Punitive damages are legislated out of existence in many cases and in the rare circumstance in which they are permitted, the damages are limited to two times the economic damages plus $750,000.  That may sound like a lot, but consider how much you would take for the loss of your loved ones. Also, remember that a punitive damage finding means a defendant has acted willfully and killed or maimed for profit.  If that corporation were a real person standing trial, a Texas jury would make quick work sentencing him to death.  Texas juries are very eye-for-an-eye when it comes to killing their fellow citizens for money.  However, because Corporations are only people when it benefits the company, that “corporate citizen” gets the equivalent of a traffic ticket for an otherwise death penalty offense.

For our citizens who earn little in wages, but whose value is nevertheless priceless to their families, the result is even worse.  For example, in cases involving  senior citizens, children, or homemakers, savvy defense economists are hired to sell juries evidence they claim show a person’s economic loss is zero, or even more cynically, loss of their loved one saved the family money because they no longer consume the family’s limited resources.   The result is that the economic damages are negated and the punitive damages are trivial compared to the profits made by a defendant.  The practical effect of damage limits is that a corporation can include the consequences of their negligent behavior into the cost of doing business.

In corporate boardrooms around Texas accountants started advising the likes of British Petroleum, asbestos product manufactures, and junk insurance policy writers that the threat of a civil lawsuit could be easily calculated, the formula might be expressed as follows:

C = the cost of correcting the defect or conduct that will result in injury or death;

R = the risk or likelihood that the dangerous product or conduct will result in injury or death;

I = the number of people who will actually bring a claim for the resulting injury or death;

D = the maximum amount of damages that the company would be required to pay for their defective product or unreasonable conduct; and

P = the profit left over after paying the maximum damages to the limited number of people who will sue as a result of the injury or death caused by the dangerous defect or the company’s risky behavior. 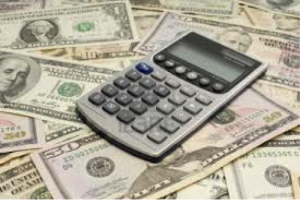 Accountants, actuaries, and defense lawyers have convinced CEOs that this formula makes sense, that the cost of human devastation and suffering can be reduced to a mathematical formula, the product of which dictates the company act in the best interests of  shareholders, rather than the public at large. At the cost of a traffic ticket, the risk is outweighed by the profits.

The problem is that the damages don’t go away.  The Enron-style accounting trick of the tort reformer simply results in off-the-books damage calculations.  The damages move from the ledgers of the company and onto the budgets of the taxpayers.

When a citizen is injured or killed and his survivors are left under-compensated, or not compensated at all,  those damages don’t disappear, they are transferred.  The burden of the loss is placed on those who did not cause them and did not profit from the choices that resulted in the harm.

Consider the case of the orphaned children whose parents are killed when the interstate trucking company calculated that it could make more money by forcing its drivers to break time limits for over-the-road hauls than by obeying restrictions designed to keep dangerous drivers off the road.  This is not a hypothetical case, it happens multiple times a year and is pending right now in a courtroom near you.  The orphaned children may very well become YOUR problem.  YOU, the taxpayer, may pay for the cost of raising these children, including their medical care, college education and the other essentials their parents would have covered had they not been killed by a trucking company that cared more about the money it could make than the risk of killing someone’s parents. 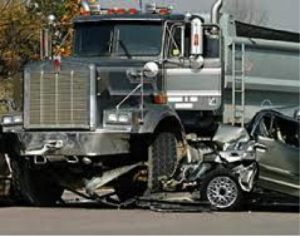 Tort reform allows a negligent company or person to run harms and losses through a financial formula.  The math may not have killed these parents, or maybe tomorrow YOUR kids, but those harms and losses are certainly the product of that calculation, they are the sum total of all the considerations a company who cares more about profits than people puts into its bottom-line decision making process, they represent the subtraction of compassion from everyday judgment.

The empirical evidence of Tort Reform in Texas is that tort reform skeptics were right.  Limiting access to the courts for injured citizens saved nothing. In Texas, doctors were used by the marketing arm of tort reform lobbyists. We were told that “Defensive Medicine”, the practice of over-caring for patients because of the risk of litigation, increased the cost of health care and was driving doctors out of the practice of medicine. 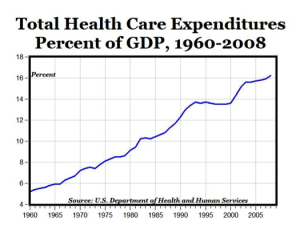 Defensive medicine was always a myth. The theory that doctors provide different care because they are worried about their own self-interests was so disrespectful to doctors.  The defensive medicine fallacy assumed doctors would lie by ordering, and therefore charging for and profiting from, tests that are not medically reasonable and necessary and not part of the standard of care because they wanted to protect their interests over the interests of their patients. Doctors care, they run tests because they want you to live, the myth that they could save money by not practicing “defensive medicine” was what we were sold so that we would pass tort reform. The truth is, good doctors benefitted little to not at all from tort reform in Texas. 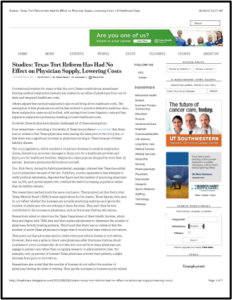 The real tort reform winners are companies that profit from risky and unreasonable behavior – the polluters, the manufacturers of poisonous and dangerous products, and the insurance companies that pass on the losses to the taxpayers.

The next time a special interest group tries to convince you to give away your rights, be your own lawyer, ask for the empirical evidence.