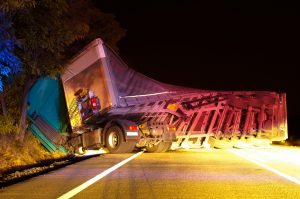 Simple physics can best describe what happens when a mass the size of an 18-wheel truck careens into a passenger vehicle, the person inside that vehicle is no match for the force of impact caused by the speed and mass (size and weight) of the object. All too often, the result of the collision leads to catastrophic injury or even a fatality.

In this blog, we’ll take a look at some of the generalities, facts, and statistics surrounding large trucks, which have an average gross weight greater than 10,000 pounds, according to the National Highway Traffic Safety Administration (NHTSA).

The following information was gather from the Federal Motor Carrier Safety Administration’s website:

If you have suffered a catastrophic truck-related accident, or lost a love one in a fatal crash, the truck accident lawyers at Chandler McNulty LLP are here to fight for your right to financial compensation to help you recover and get your life back. It’s important to get this process started as soon as possible, so we can conduct our own investigation of the crash site, collect evidence (like driver logbooks, and truck safety inspection and maintenance documents) to find out if the driver or company is in violation of federal rules or regulations.

We look forward to discussing how we can best serve you. To talk about your case, call us at (713) 997-8310 or send us an email using the contact form on this page.